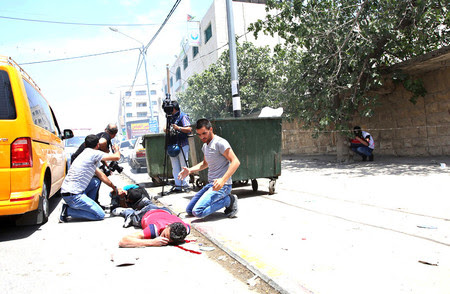 On Thursday this week (18 May 2017, an Israeli settler distributed chocolates to “celebrate” the killing of a Palestinian youth, Muataz Shamsa (23). The Israeli settler can be seen, in a video posted online, saying: “We killed a Palestinian vandal today…I am distributing candy to celebrate the killing. I want to congratulate the Israeli people for the vandal’s death.”

Shamsa was shot dead earlier in the day by another Israeli settler who also shot an Associated Press photographer in the hand. Shamsa was part of a picket in solidarity with #PalestinianPoliticalPrisoners who are on day 34 of a hunger strike launched 17 April demanding an end to Israel’s detention without trial among other Israeli human right violations.