Welcome Message from The National Coalition For Palestine 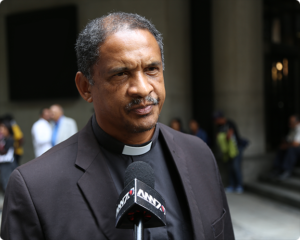 Welcome dear friends and members of NC4P, one of the best emails I received over the last few days was from a person in Gaza who wrote that the Mass March in Cape Town on 9 August gave the people of Gaza new hope and new energy. On 9 August, the human spirit won, showing its resilience against all that mitigates against humanity. The unity-in-diversity displayed on that day here in the Southern part of Africa showed the best that we can be and gave us and the rest of the world a picture of what is truly possible. In effect, we launched a movement towards trust and solidarity on that day. This movement will be able to oppose the many things that confront us, not least the subtle and not so subtle Islamophobia and also the strains of anti- Semitism that rears its head from time to time. On that day, we showed that these kinds of fears and attitudes do not have the last word. Truth and justice and goodness always have the last word. When these negative strains show in our society, and especially within our own organisations, we must do all we can to oppose it.

Many people noticed what happened on that day. People from across the world noticed. On that day, we gave a global lead in non-violent action. Government certainly noticed. Even those who oppose what we do, noticed what happened. They know, as we all know, that there is strength in unity. The opposite is also true. In disunity, there is only chaos and division. We have a choice today. We can either guard that unity and build this movement of trust and solidarity, or we can crush it. The Coalition is still in a fragile state and we need to remain disciplined in all we say and do as we build this Coalition into one of the strongest civil society organs in our society.

When we do that, not only will we become more effective and will the day of freedom come closer for the Palestinian people, but also our freedom will be strengthened and expanded. Our freedom and their freedom are indivisible and we must never forget that this struggle towards the freedom of the Palestinian people is they key moral struggle of our age. May we continue to be inspired by the spirit that was in Madiba and other great Freedom Fighters, and may we spread this humanity from here in Africa to our brothers and sisters in Palestine and to the rest of the world.