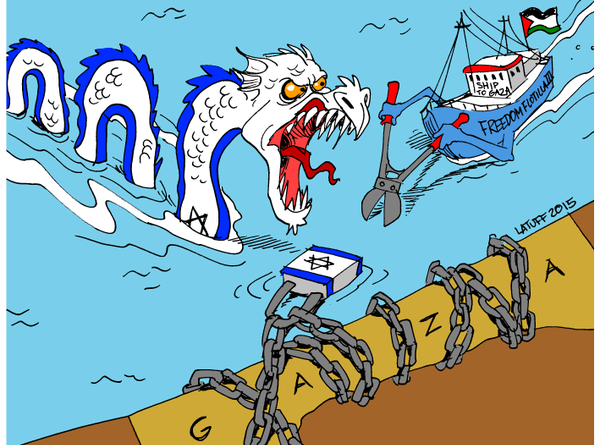 Gaza has been under an illegal Israeli blockade for the past decade. During this time Israel has launched countless attacks against the besieged population, turning their lives into a continuous struggle for survival. This year internationally renowned women from all over the world will sail to Gaza to break the siege and to highlight the important role Palestinian women have played in resisting the occupation.

The boats Amal-Hope and Zaytoona – Olive will set sail from Barcelona on 14 September 2016, and we are asking you to help us get our delegates and team members there! The Women’s Boat to Gaza – South Africa is part of the Freedom Flotilla Coalition 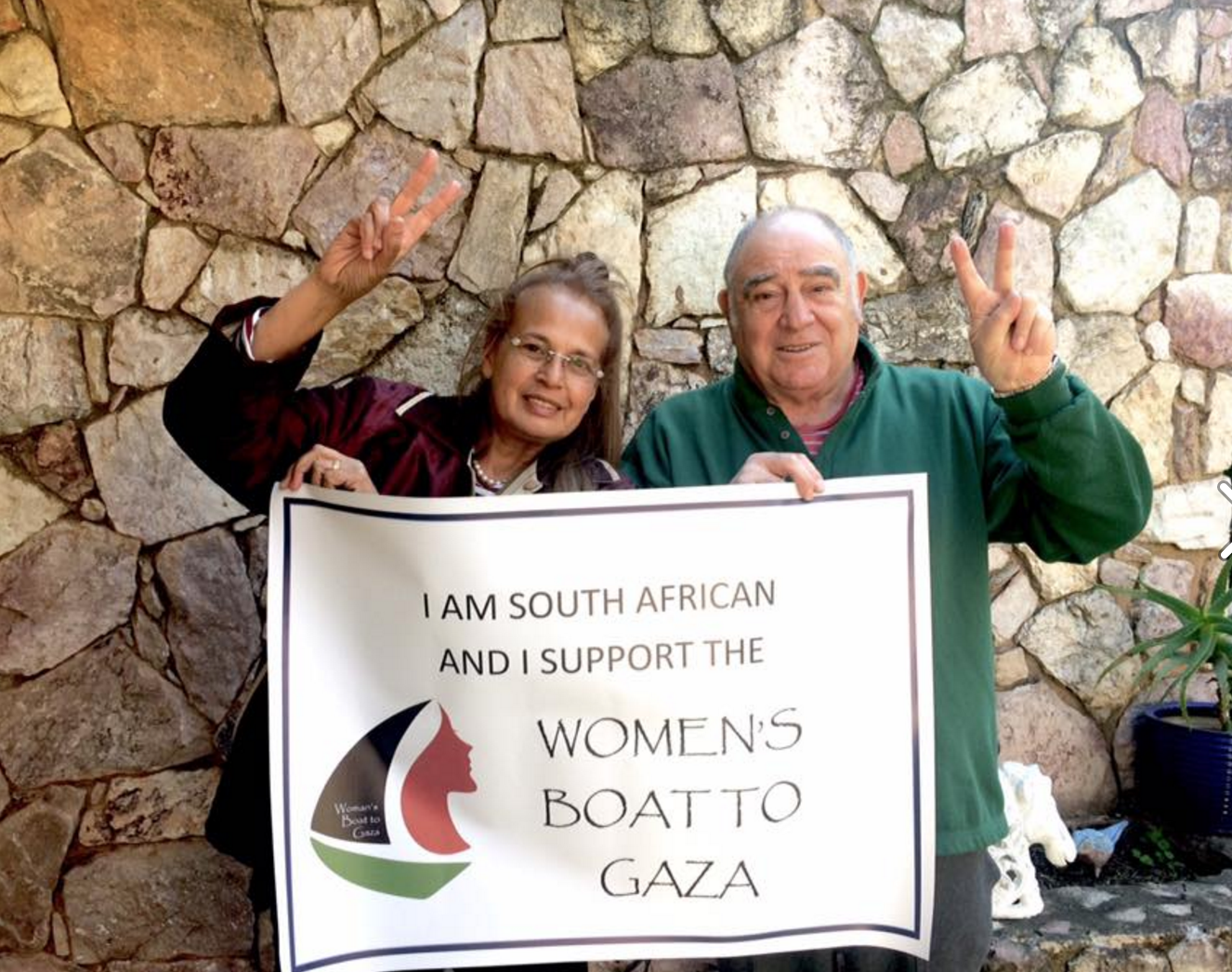 The Women’s Boat to Gaza not only challenges the Israeli blockade, but will also bring a message of hope to the Palestinian people.

Through Freedom Flotillas and other naval missions we have protested against the passivity and complicity of the international community in the face of such suffering, while calling for solidarity of civil society with the Palestinian resistance.

South Africa joined the Freedom Flotilla Coalition in 2009 after Israel’s Operation Cast Lead when the international solidarity movement internationally agreed that a greater intervention by civil society in response to the illegal blockade was necessary. 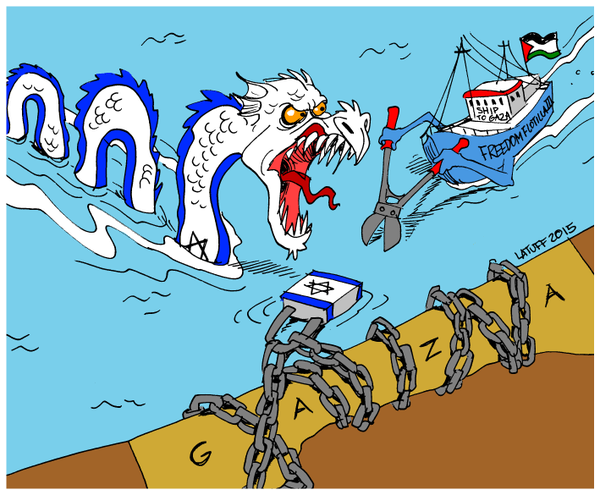 While Israel may be the 5th largest military in the world, it remains a brutal occupier and oppressor and it is with this in mind that we will keep challenging this illegal blockade by sailing to Gaza  and we have NO doubt that Palestine will be free in our lifetime! 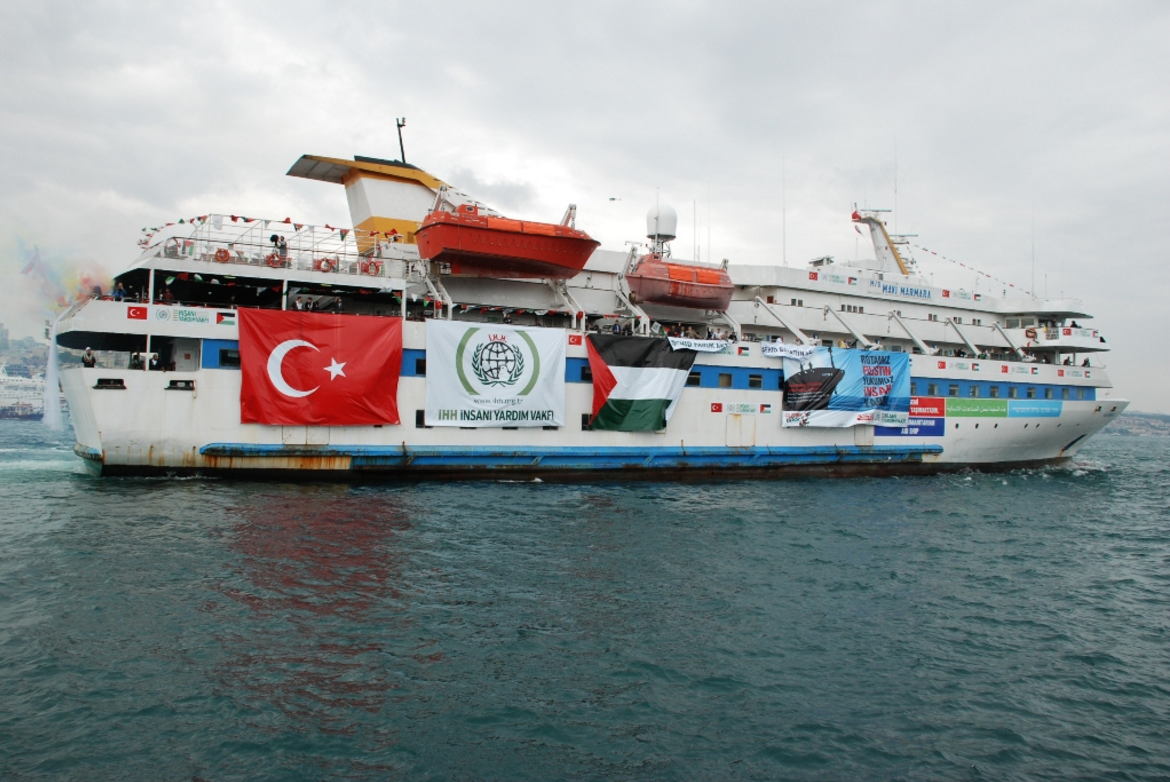 Freedom Flotillas over the Past Few Years

In May 2010 the FFC headed to Gaza with the Mavi Marmara and five other boats then tragedy struck when the IDF attacked it. 9 Turkish civilians were killed and at least 400 people and the crew were robbed, abused before they were by the IDF.

The second flotilla included 12 ships which were to leave mostly from Greek ports in June 2011 but these were blocked and only the Dignete which went directly from France continued to Gaza and was later intercepted and confiscated by the IDF.

In October 2011 two boats the Tahrir (Canada) and Satires (Ireland) headed to Gaza from Turkey and were also attacked and confiscated by the Israeli Navy. In 2012 the FFC united behind the Estelle, a Finnish boat which met the same fate.

In 2013 Gaza’s Ark was the main FFC project. It was a brilliant idea because it would also benefit Gaza’s economy. A ship would be rebuilt in Gaza and once ready it would be loaded with Gazan products and sailed out from Gaza breaking the siege. Through this project $228000 was pumped into Gaza’s economy. However the project was sabotaged and bombed during the 2014 Israeli attacks in Gaza. The perishables were distributed to Gazans in need and the other products are currently in storage.

In July 2015 the FFC launched FF3, the Marianne sailed from Sweden in addition to 4 boats which sailed from Greece. With every mission the IDF has engaged in acts of piracy on international waters. 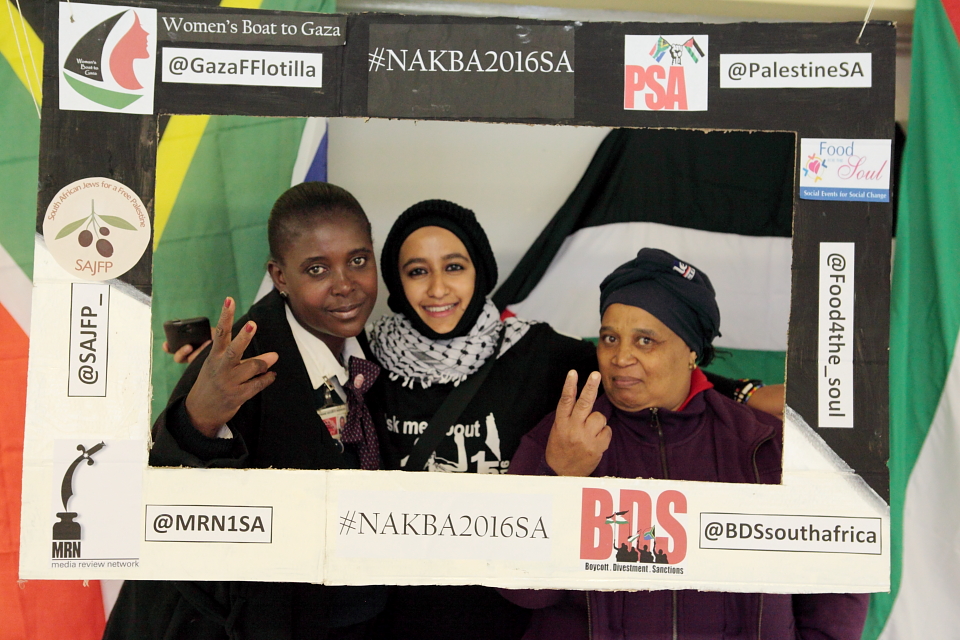 As the only campaign team on the continent we feel both a special bond with the people of Gaza and as citizens of a country with a painful oppressive history that we have overcome we have an obligation to fight apartheid and occupation wherever it exists in the world.

We are a diverse group of women of various ages with a variety of day jobs. We range from academics and full-time activists to business women, occupational therapists, administrators, lawyers and students. The things we do share however, are a love for justice, a passion of freedom and the motivation to make things happen. 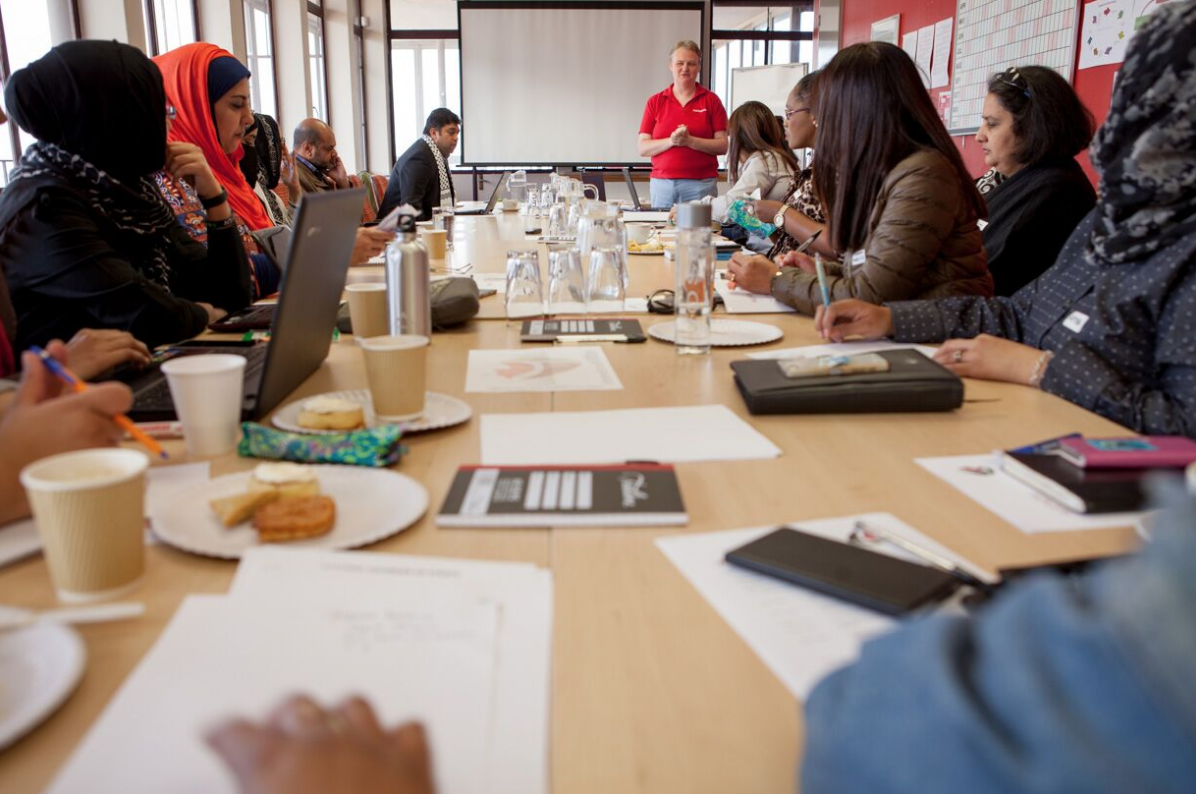 We came together when the WBG-SA call for volunteers went out earlier this year and we have not looked back. We are divided into smaller committees who work on events, endorsements, media and our representation on the international WBG steering committee. We have loads of spirit and tons of energy, the only thing we need from you is financial assistance to get our delegate and team on the ground. 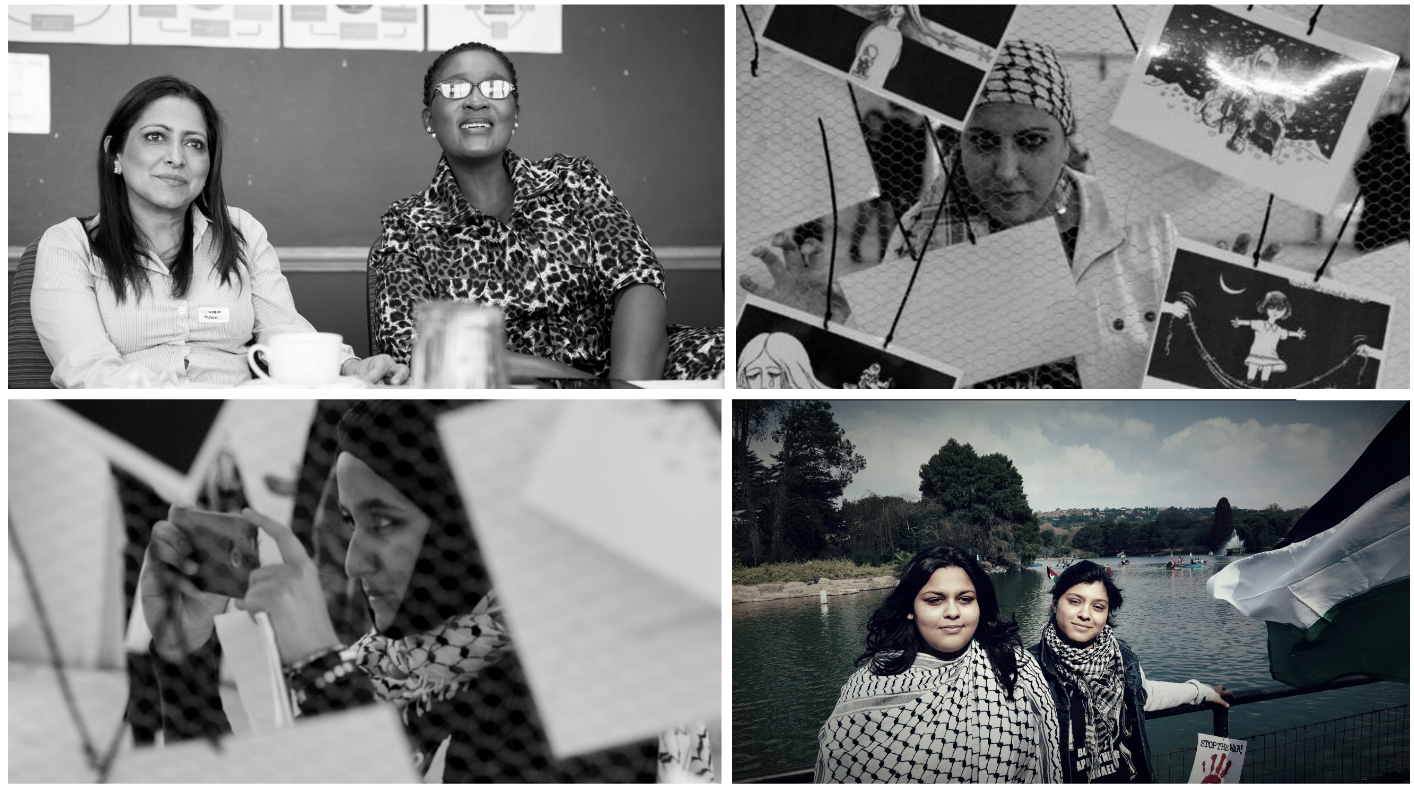 The blockade denies Palestinians in the Gaza Strip their basic human rights, in contravention of International Law.

The Gaza Strip is one of the most densely populated regions in the world with over 4500 people per square km. More than half of the population is under 18 years of age and 75% of Gazans live on relief aid. 85% of Palestinian fishing waters adjacent to Gaza are inaccessible due to restrictions imposed by the Israeli Navy and more than 90% of Gaza’s water sources are unfit for drinking. Basically the Blockade is a form of collective punishment, which deprives the inhabitants of the possibility to support themselves, educate themselves, have food security, medical care, freedom of movement and cultural exchange. According to the United Nations by 2020 Gaza will be uninhabitable, which is exactly why we need to keep fighting this illegal Israeli occupation in every way we can.

It severely limits their possibility to import and export merchandise and to travel in and out of their country. It denies them access to their agricultural lands and fishing grounds. The Blockade is a form of collective punishment, which deprives the inhabitants the possibility to support themselves, security of food supplies, medical care, education, drinkable water and cultural exchange. 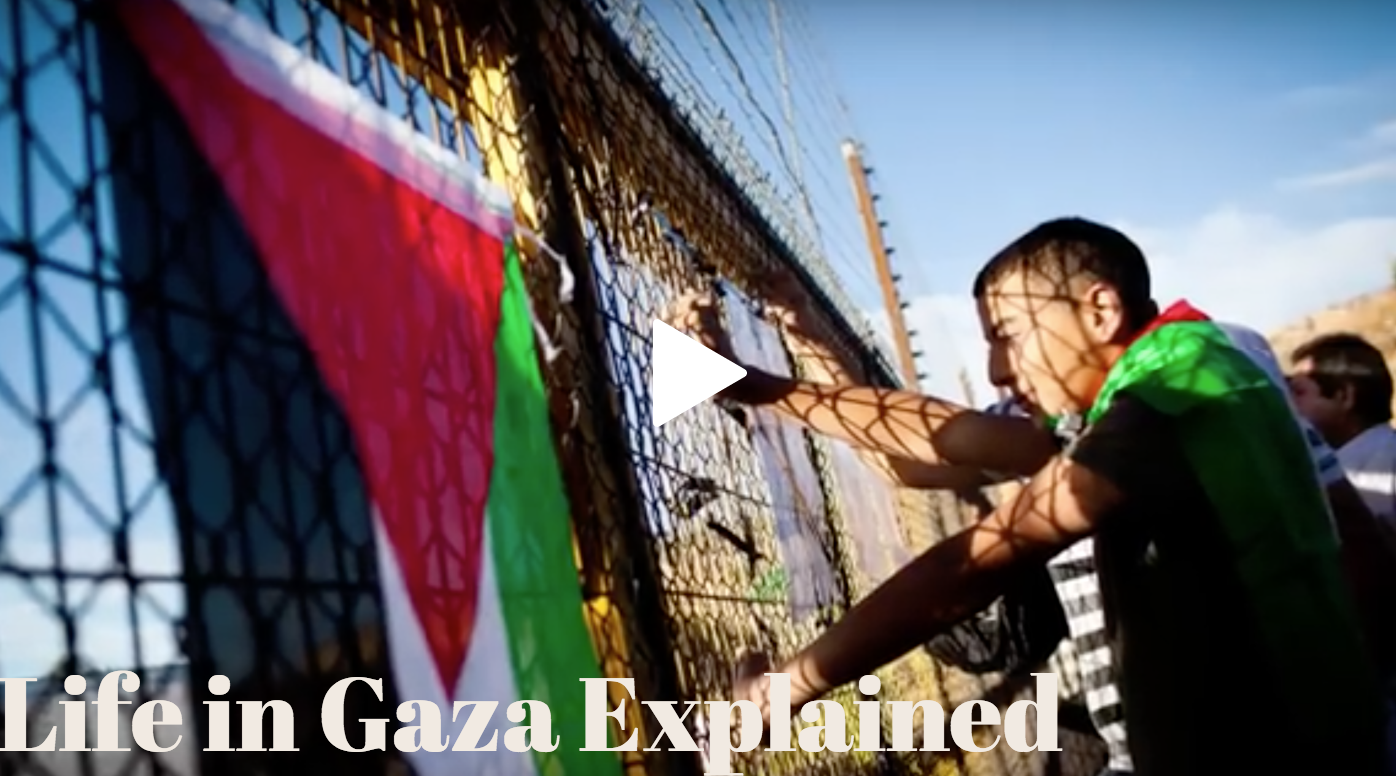