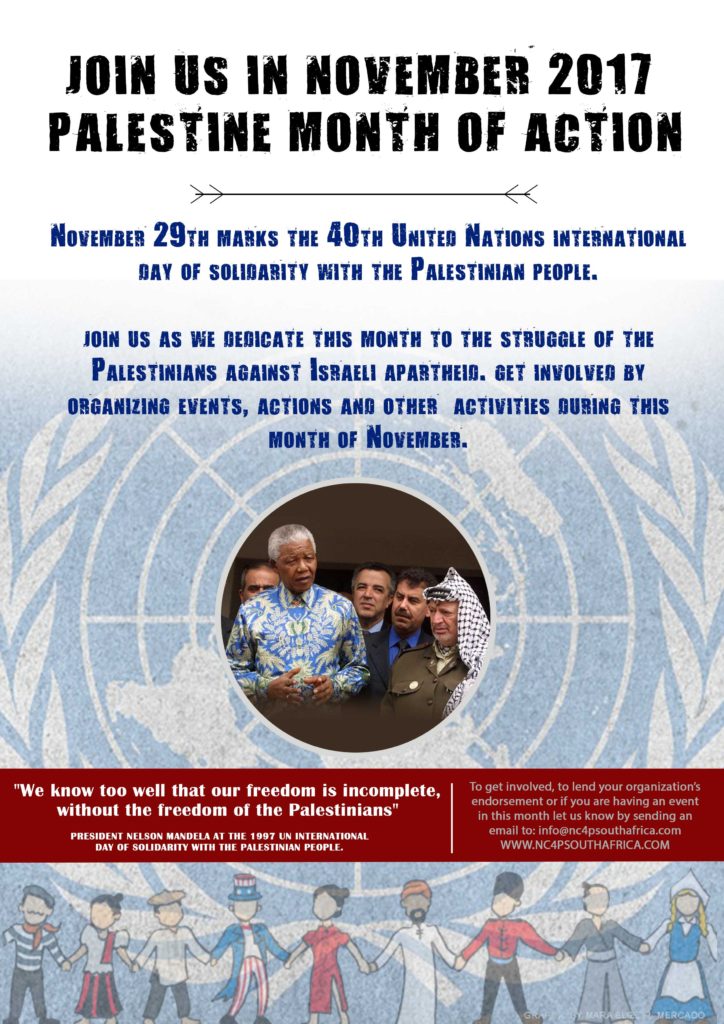 INTRODUCTION: The 29th of November 2017 marks the 40th anniversary of the United Nations International Day of Solidarity with the Palestinian People – passed in 1977 by the UN General Assembly, Resolution 32/40B.

BACKGROUND: During the 1980s, the UN, through its General Assembly as well as its agencies, commissions and committees, passed various resolutions in support of the struggle against Apartheid including several motions supporting forms of boycott and sanctions. For example, in October 1983 the United Nations Special Committee Against Apartheid produced a database “blacklisting” artists who were involved or who had performed in Apartheid SA.

TODAY: Likewise, the UN is playing an increasing role against Israel’s occupation, oppression and apartheid policies. In December 2016, the UN Security Council officially expressed its strong disapproval of the Israeli settlement project that effectively makes Israel an apartheid state. In March 2017 a UN report found “beyond a reasonable doubt that Israel is guilty of policies and practices that constitute the crimes of apartheid” as defined in international law. The UN report further called for the backing of the Palestinian-led BDS boycott of Israel campaign. The report caused controversy leading to the resignation of a UN Undersecretary following pressure to withdraw. In addition, the UN Human Rights Council is currently producing a database “blacklisting” companies involved in or profiteering from Israel’s illegal settlements (click here).

DID YOU KNOW: Nelson Mandela, exactly 20 years ago, marking the 1997 UN International Day of Solidarity with the Palestinian people, famously said: “we know too well that would freedom is incomplete without the freedom of the Palestinians.” 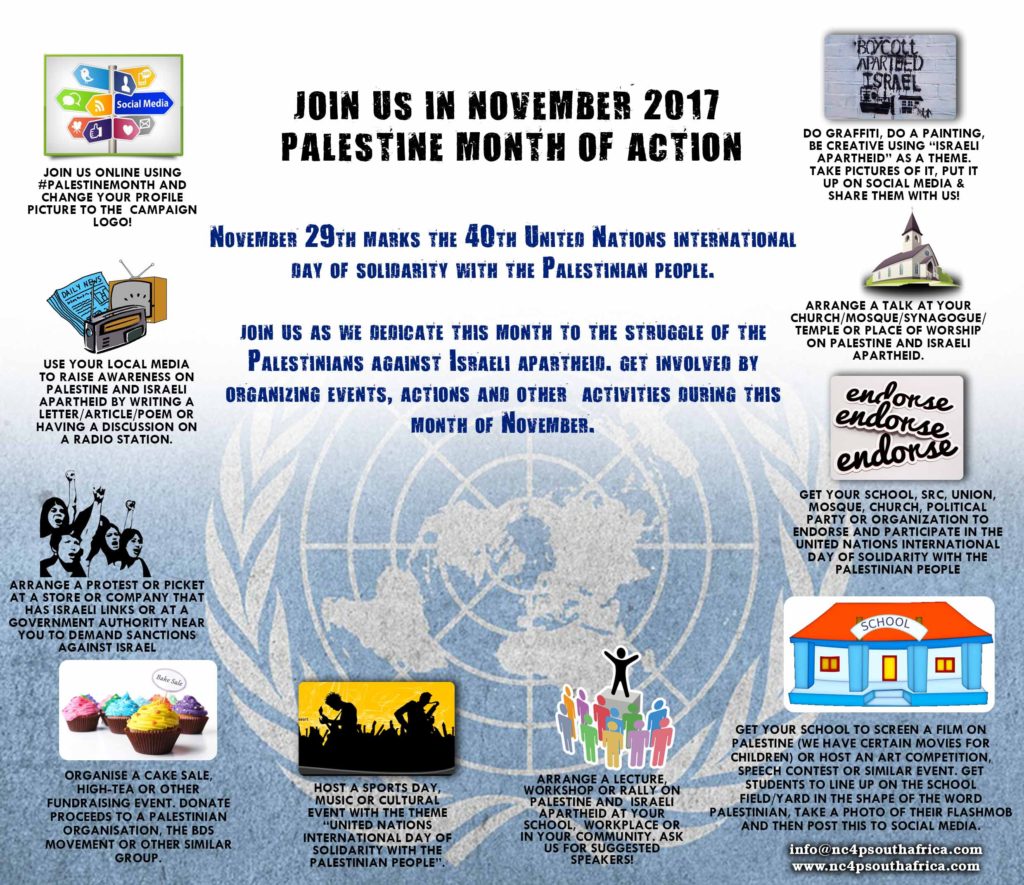 As we dedicate the month of November to the struggle of the Palestinians against Israeli occupation, oppression and Apartheid, get involved by organizing events, actions and other activities during this month. Events you could organize include rallies, protests, lectures, cultural performances, concerts, films and workshops in your city, community, work place or campus. Let us know of what events or activities you are hosting by sending an email to info@nc4psouthafrica.com and your event will be listed on this page. Also contact us for movies, flyers and other info! 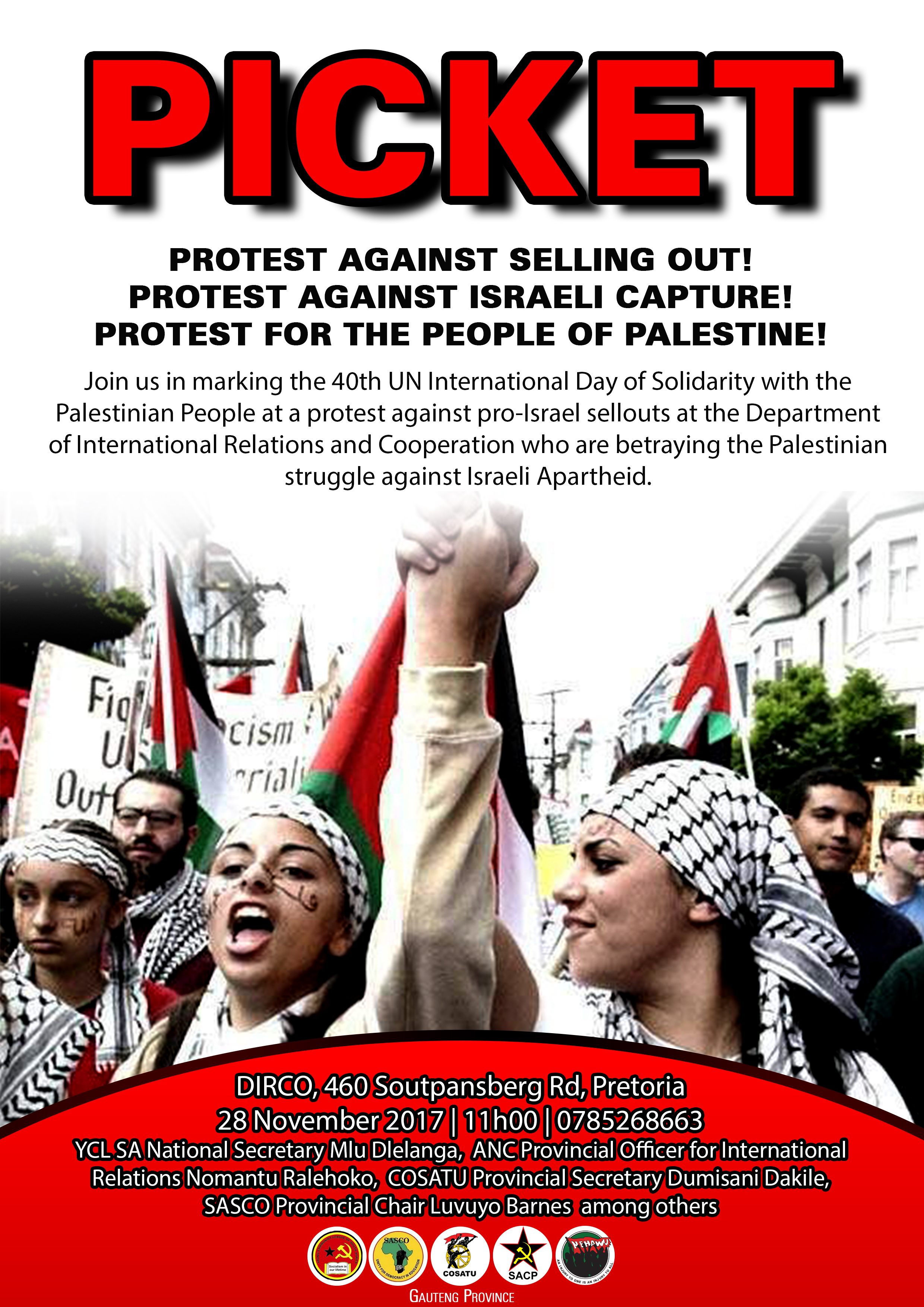 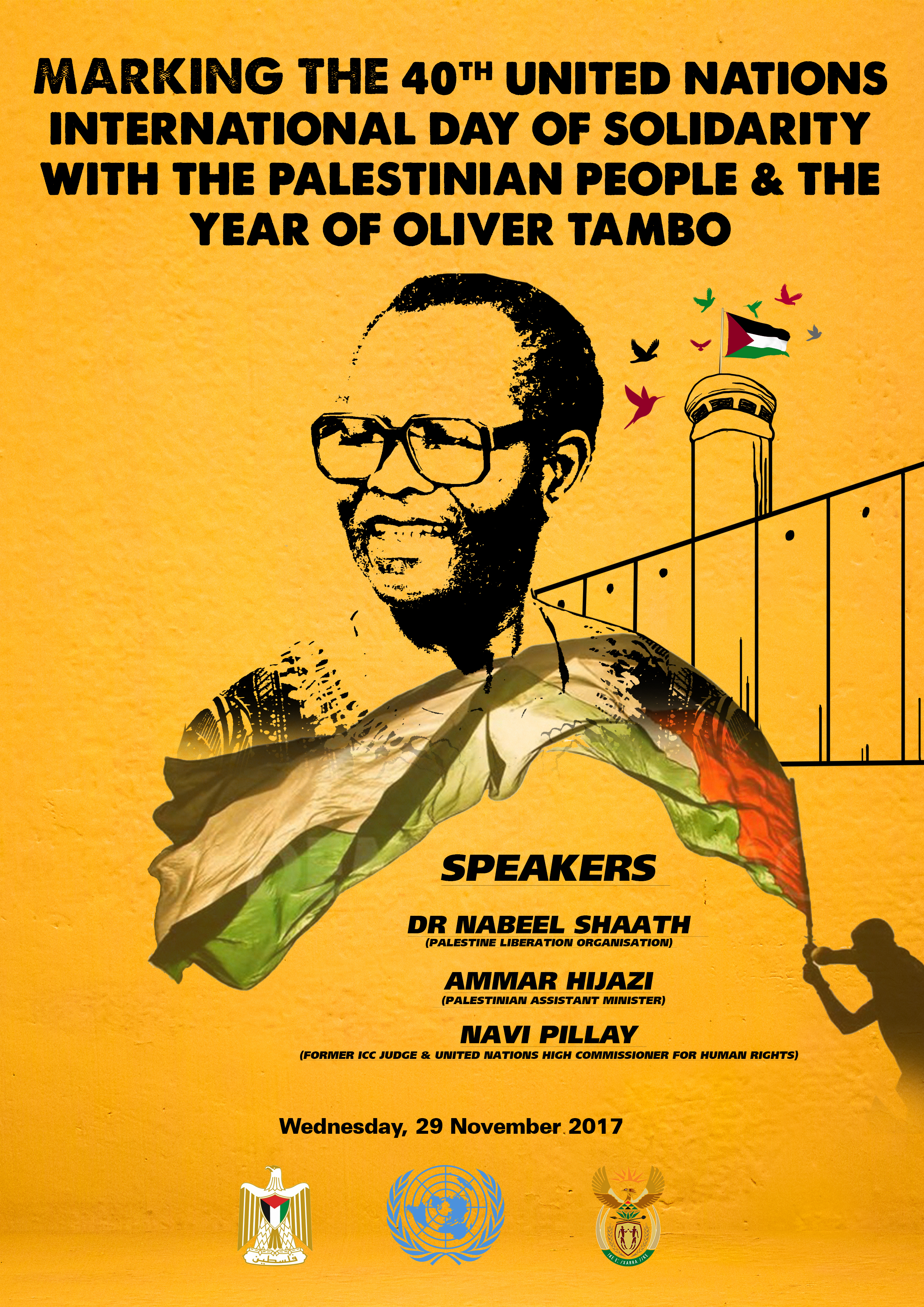 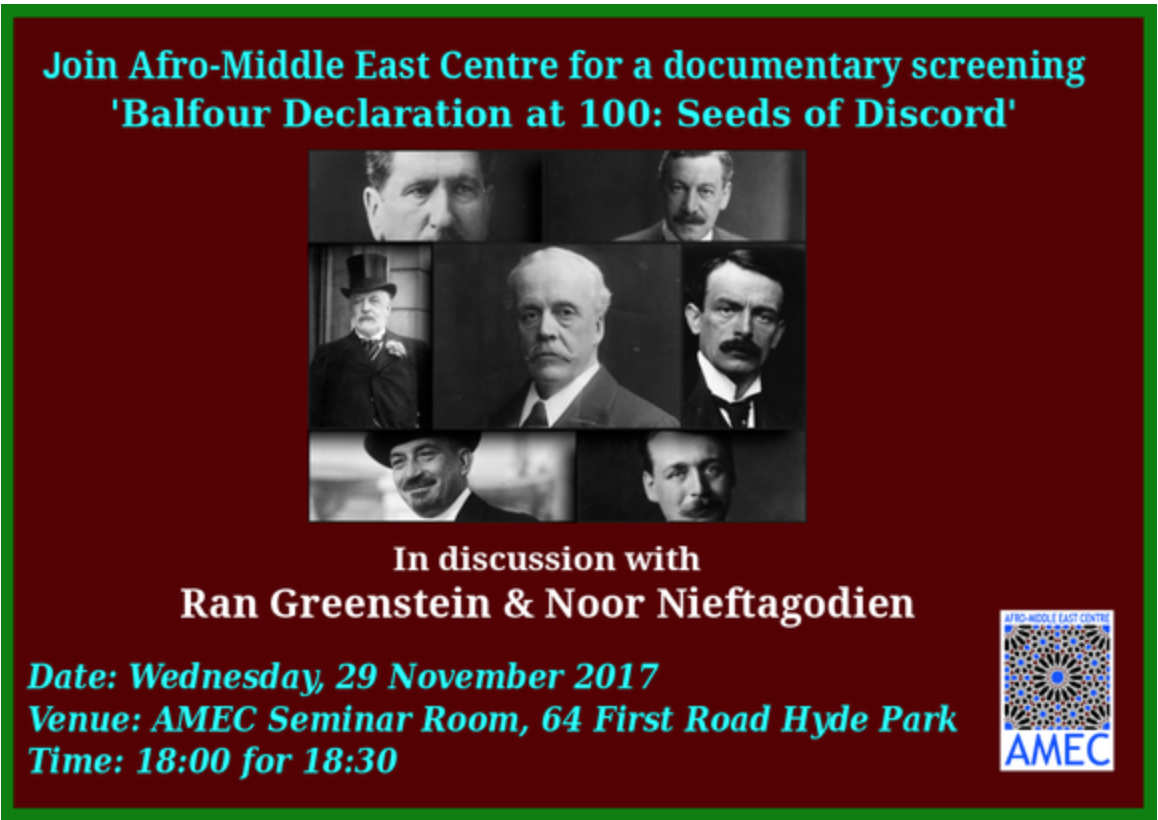 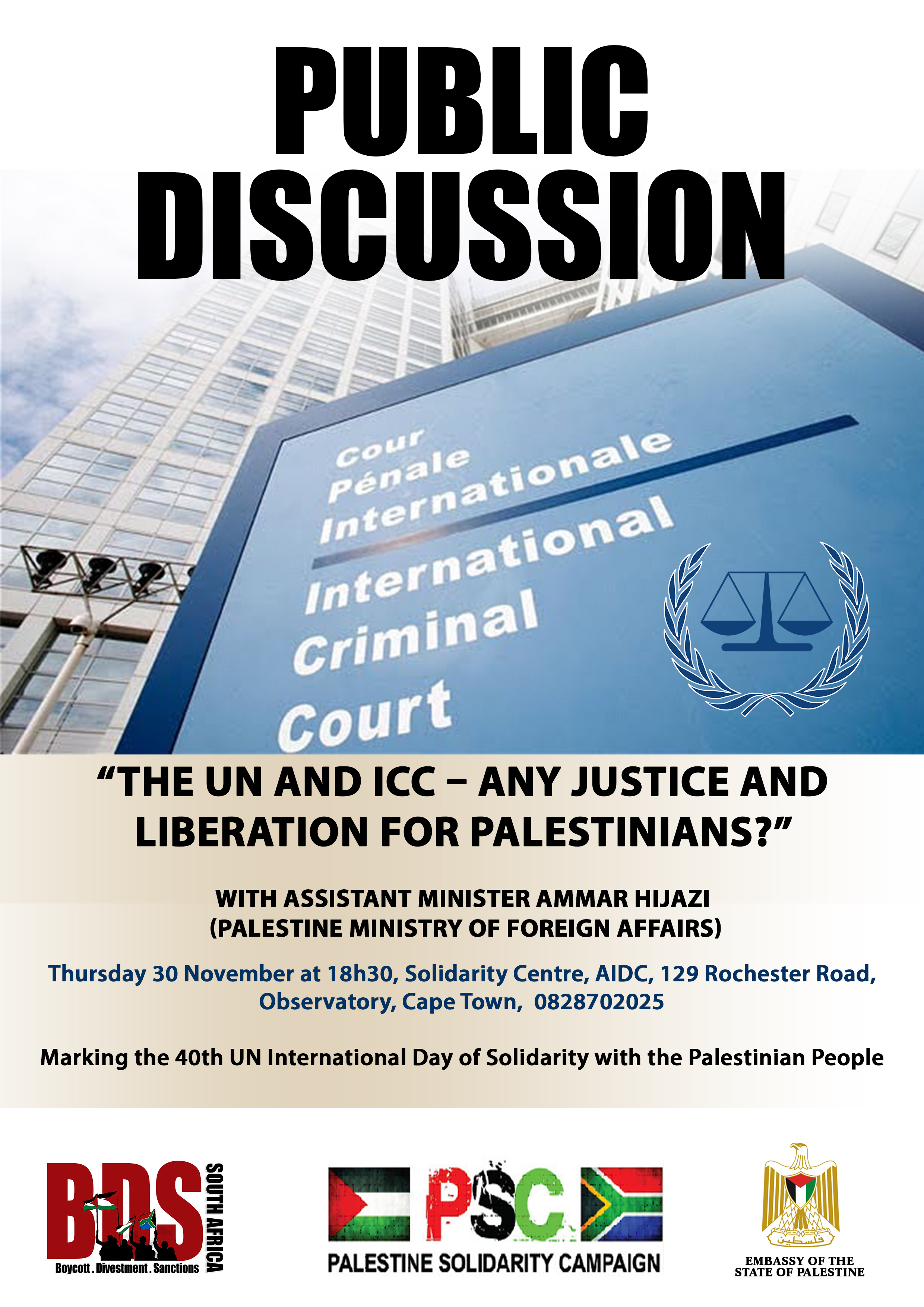 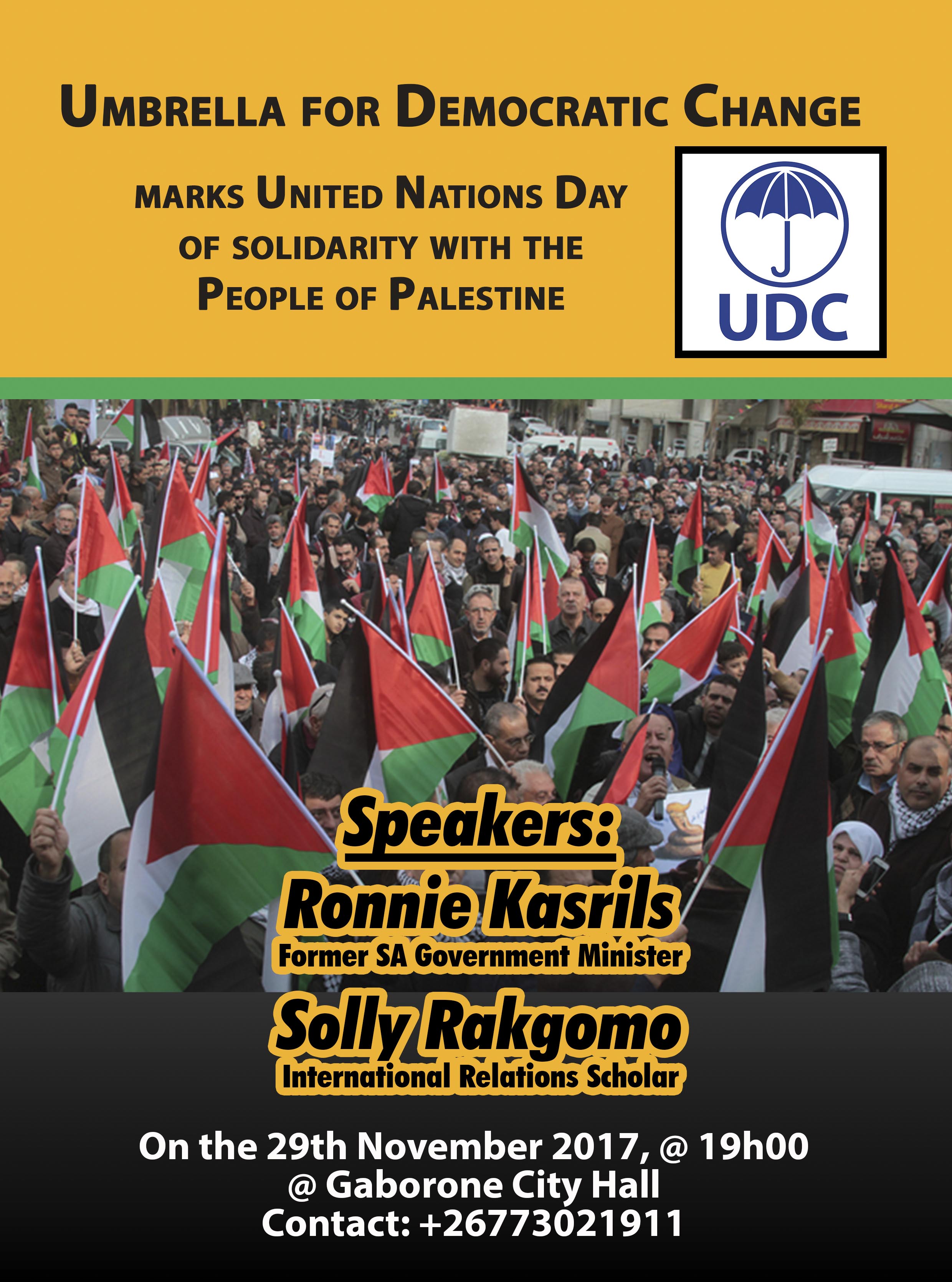 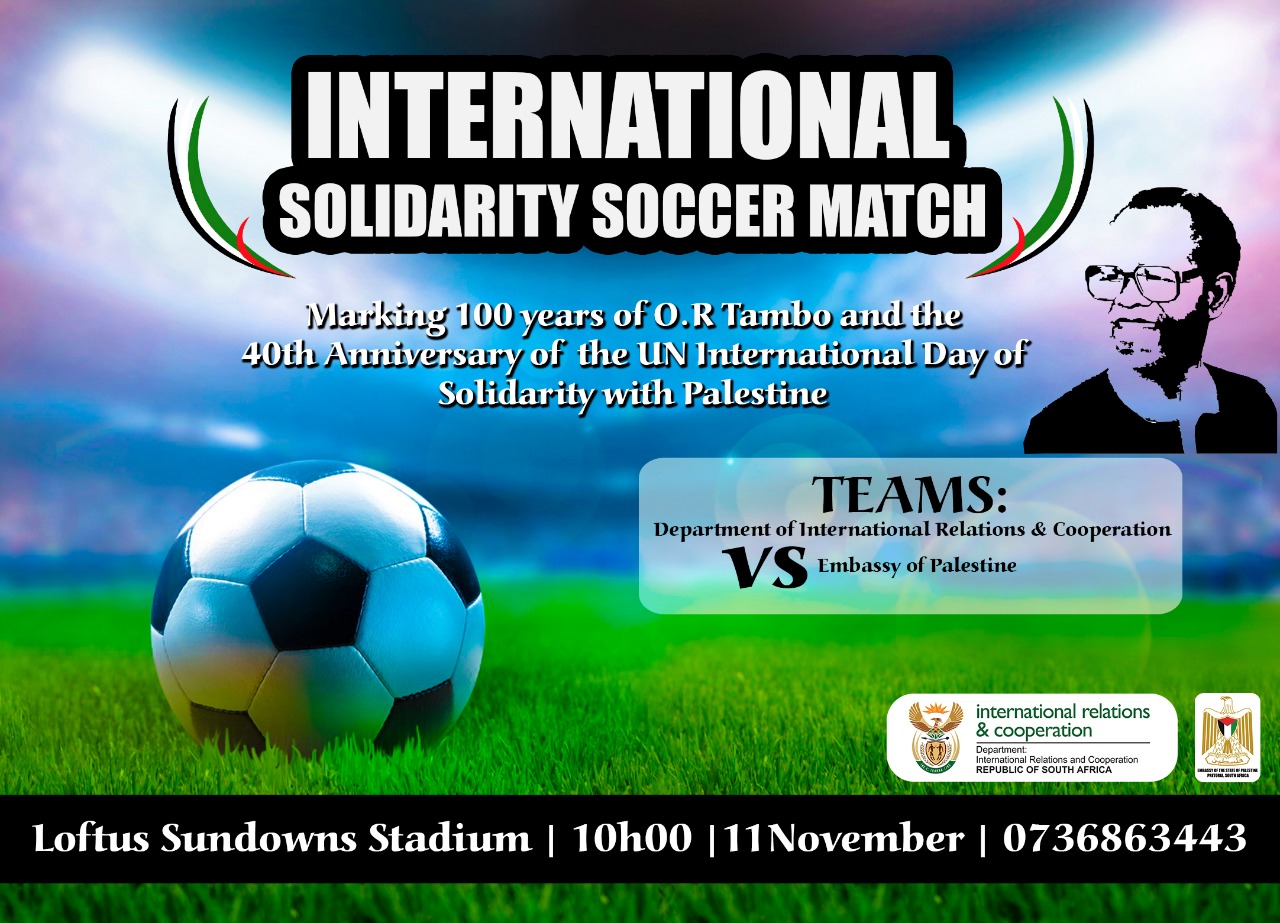 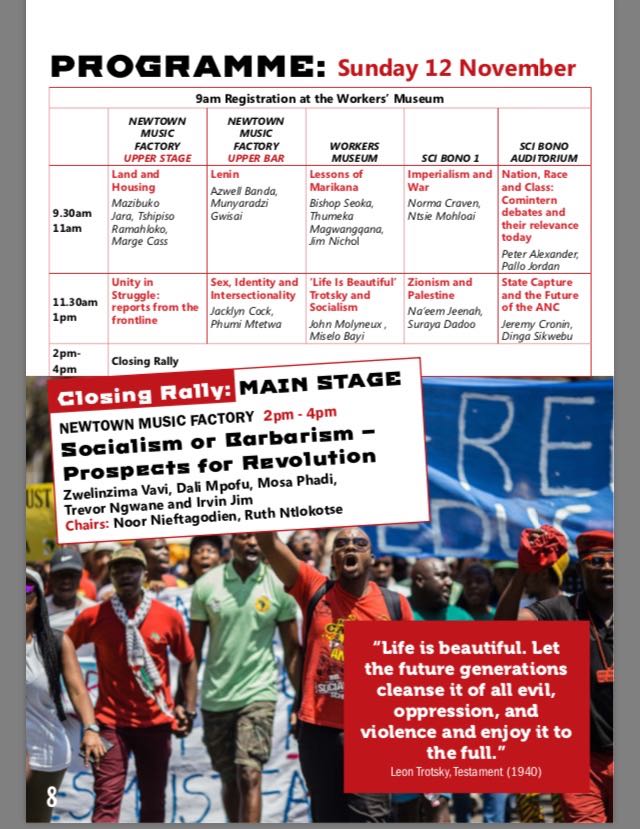 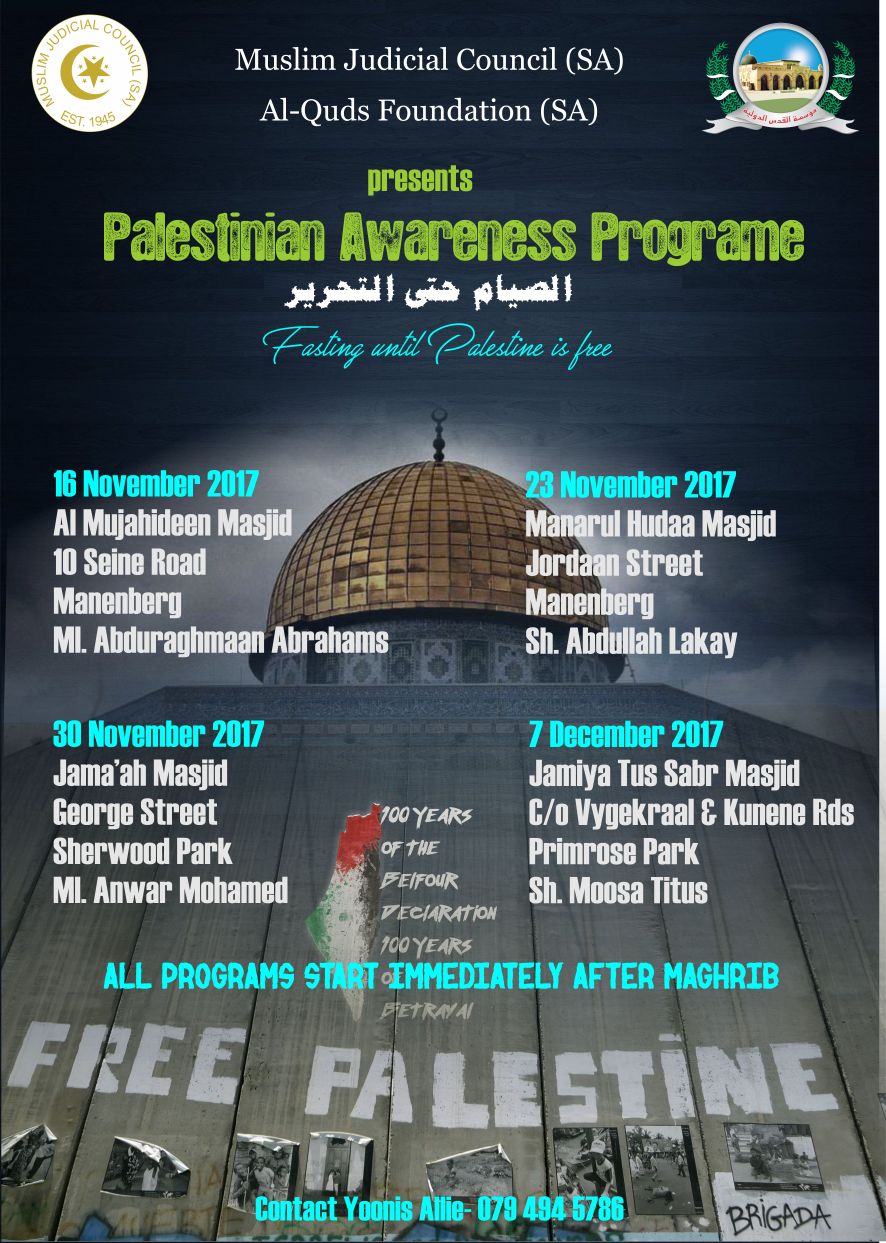 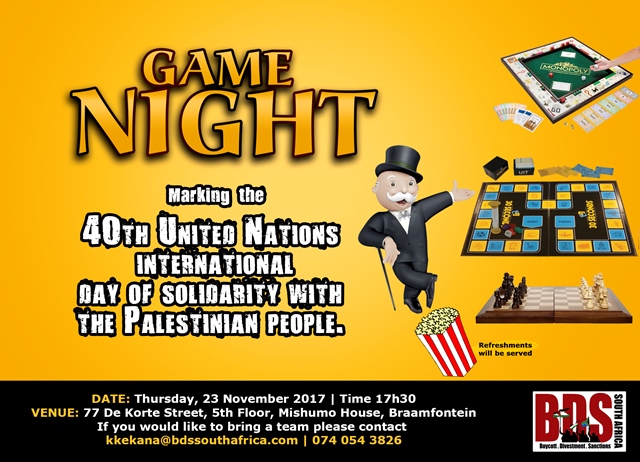 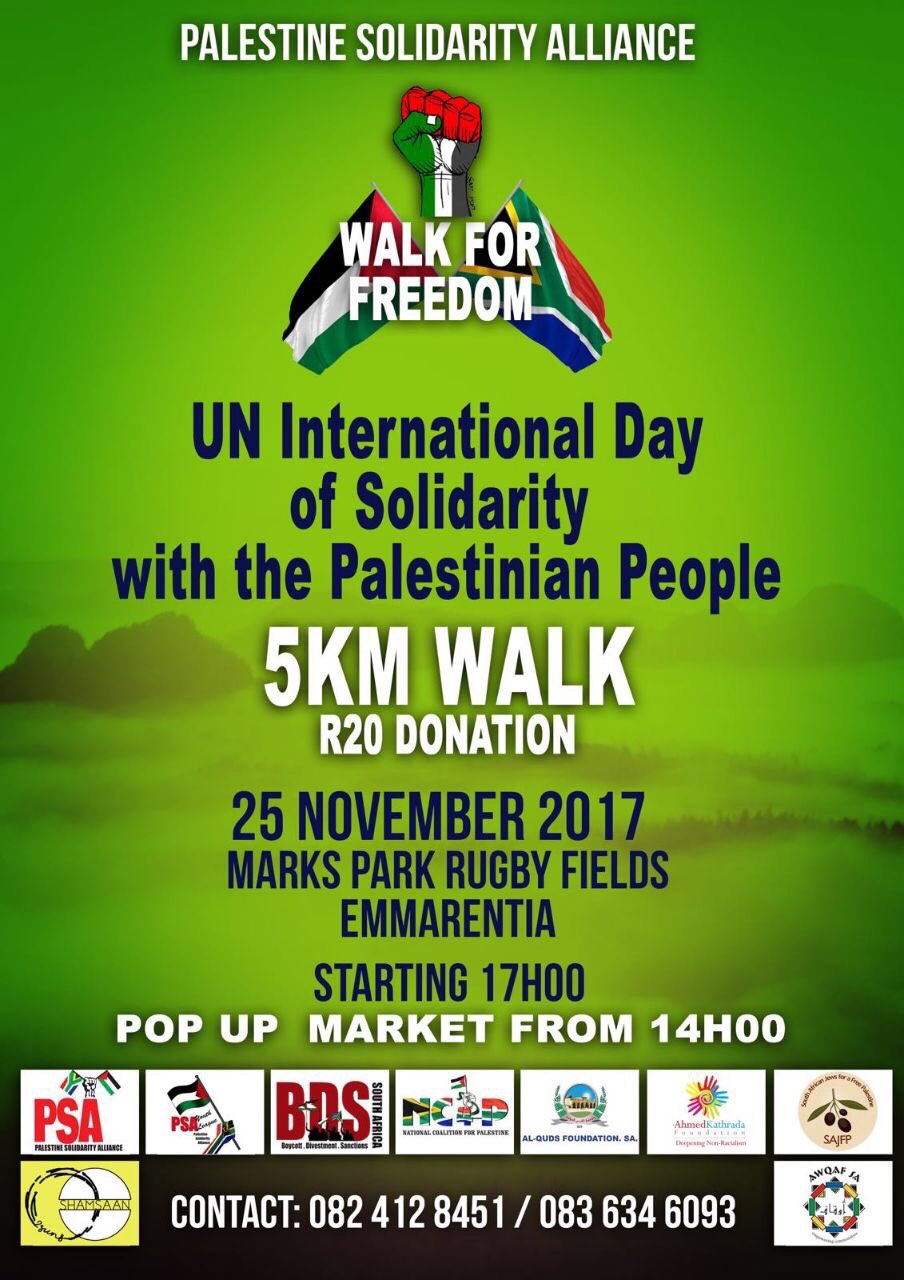 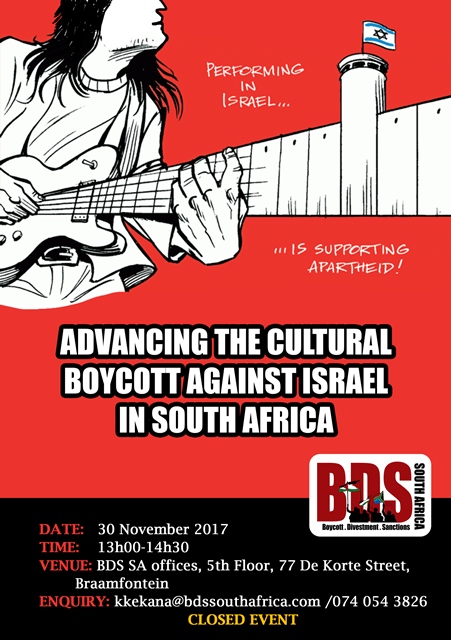 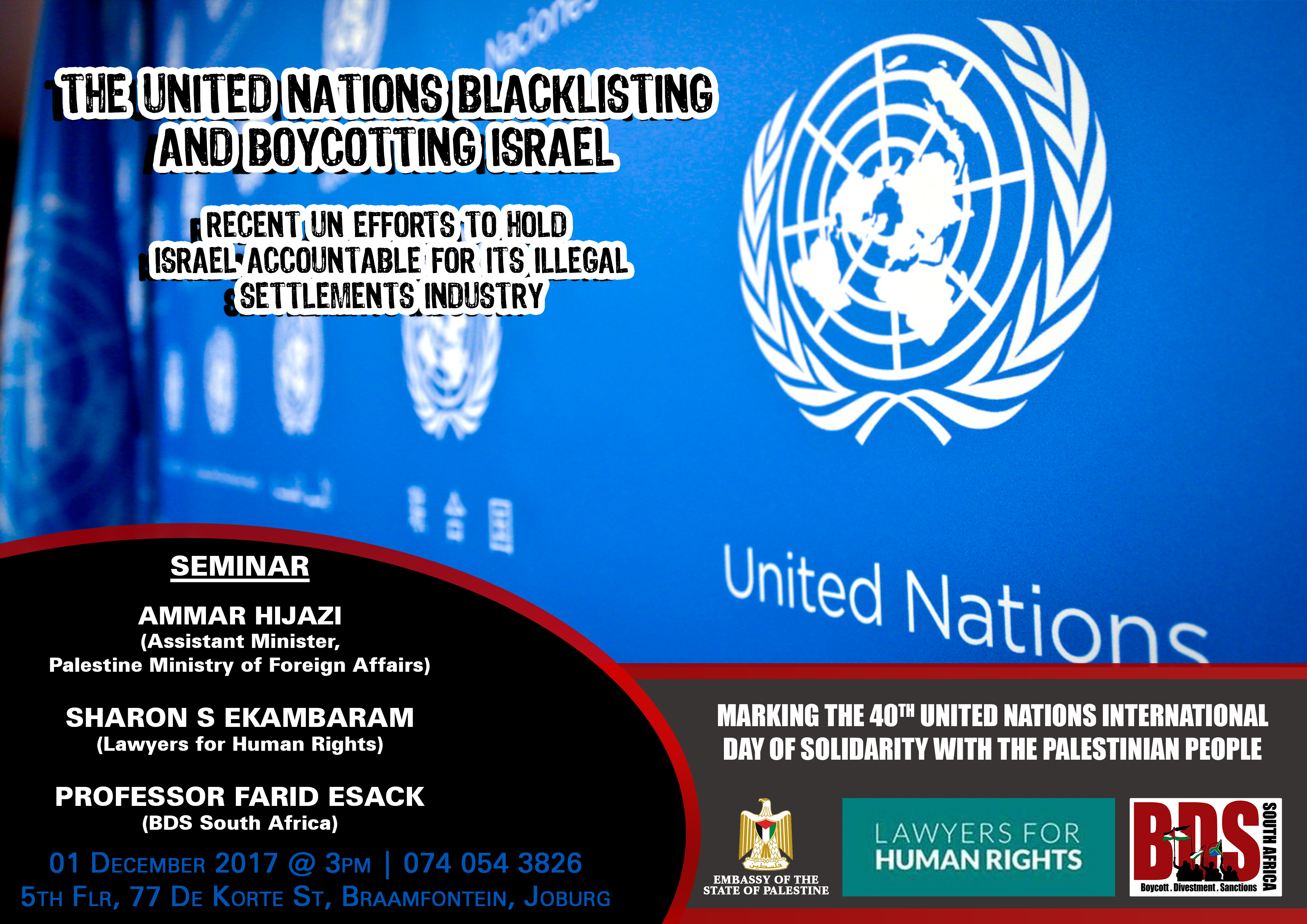