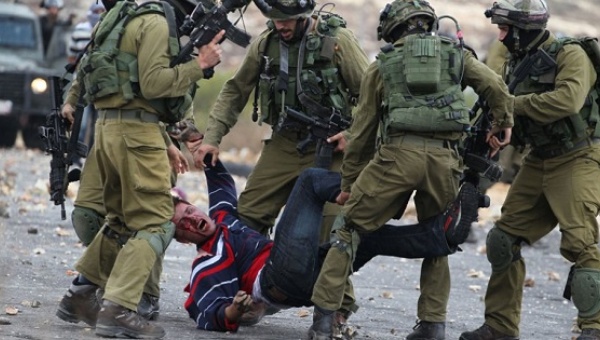 The United States accused Israeli Defense Forces of “excessive use of force” in the Palestinian territories, and “arbitrary arrest and associated torture and abuse, often with impunity,” as part of the U.S. State Department annual report.

The report, released Wednesday, said of 149 Palestinians killed in 2015 by Israeli security forces in the West Bank only 77 were in the course of attacking Israelis.

“There were numerous reports of the ISF (Israel security forces) killing Palestinians during riots, demonstrations, at checkpoints, and during routine operations; in some cases they did not pose a threat to life,” the report read.

The new report is a rarely seen before criticism from the U.S. administration against Israel, Washington’s key and most important ally in the Middle East. Israeli media downplayed the report and attempted to counter it with known Israeli figures, which tend to be biased.

As of Nov. 15, there were 6,828 were Palestinian prisoners or detainees from the West Bank, East Jerusalem, and Gaza in Israeli facilities including 264 Palestinian minors, the U.S. State Department said.

It added that most of those Palestinians imprisoned in Israel face discrimination, harsh conditions and torture.

“These prisoners often faced harsher conditions than those of the general prison population, including increased incidence of administrative detention, restricted family visits, ineligibility for temporary furloughs, and solitary confinement.”

The report also touched on the fact that “in August the (Israeli) Knesset passed a law authorizing force-feeding of hunger-striking prisoners”.

The report highlighted how Israeli authorities prosecute Palestinian minors under the Israeli military law “which denies many of the rights Israeli law would grant them.”

The most significant human rights problems were “institutional and societal discrimination against Arab citizens of Israel, many of whom self-identify as Palestinian, including the Bedouin, in particular in access to equal education and employment opportunities; institutional and societal discrimination against Ethiopian Israelis and women; and the treatment of refugees, asylum seekers, and irregular migrants,” the report said.

It also included alleged terror attacks against Israeli civilians by Palestinians as significant human rights problems in Israel and the Palestinian-occupied lands.

The U.S. report coincided with the release of another report by the Swiss-based NGO Defense For Children International – Palestine, which exposed Israeli unlawful treatment of Palestinian children, including killings, detention and unfair trials.

ANALYSIS:
How Israel Ignored the Oslo Accords Even Before the Ink Dried

The report, called “No Way to Treat a Child,” was published Thursday and is based on testimonies from 429 children who were detained at some point by Israeli forces between January 2012 and December 2015.

“Interrogators used position abuse, threats, and isolation to coerce confessions from some of these children,” the organization said in its report.

The news comes at a time of heightened tension between Israel and Palestinians as clashes continue in the West Bank, East Jerusalem. According to the Palestinian Health Ministry, more than 160 Palestinians have been killed and hundreds others injured since unrest broke out on Oct.1.

The clashes were sparked by successive incursions by hard-line Israeli groups into Al-Aqsa Mosque compound, the third-holiest site in Islam.