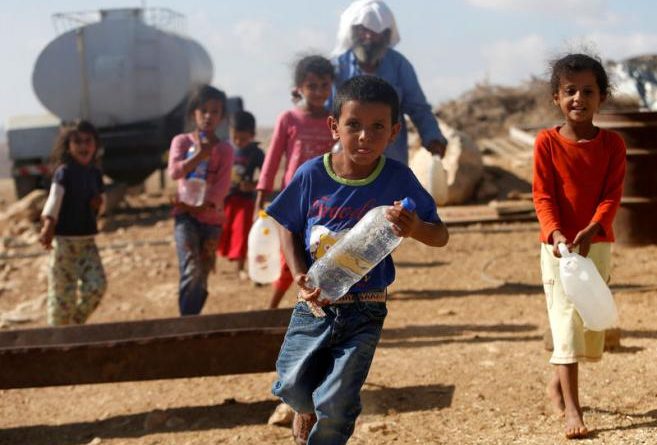 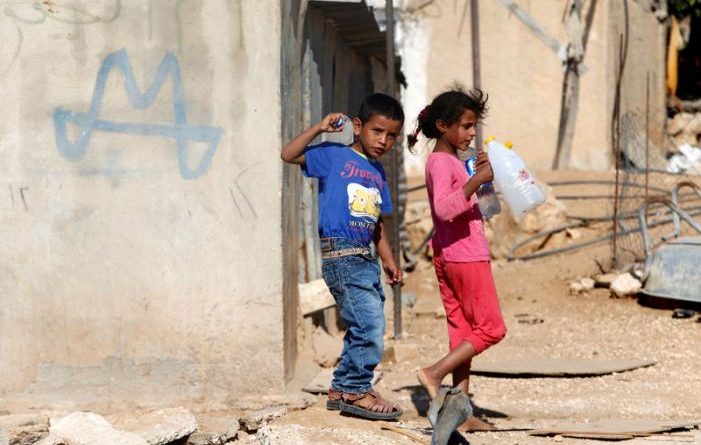 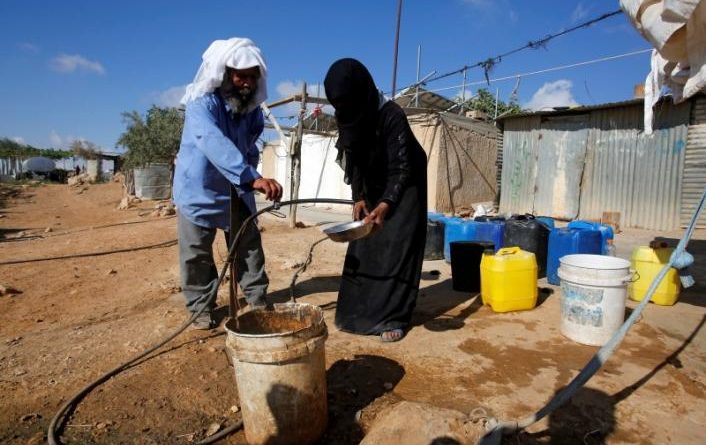 At the peak of a searing summer, Palestinians living in parts of the Israeli-occupied West Bank are suffering from severe water shortages, prompting a war of words between Palestinian and Israeli officials over who is responsible.

The Palestinians say Israel is preventing them from accessing adequate water at an affordable price, and point out that nearby Israeli settlements have plentiful water supplies. Israel says the Palestinians have been allocated double the amount they were due under an interim 1995 agreement, and have refused to discuss solutions to the current problem.

For Palestinian Nidal Younis, the head of the Masafer Yatta village council near Hebron, in the south of the West Bank, getting hold of water has become prohibitively expensive.

“The cost of a cubic meter for residents is 12 times higher than the normal price,” he said, shaking his head. “When water is available, it normally costs four shekels (about $1) per cubic meter, but now it costs 50 shekels.”

Israeli settlements are scattered on hillsides all around Masafer Yatta, a low-stone village on dry, rocky land. The settlements, with gardens and greenery, receive water from the Israeli utility provider via dedicated pipelines.

Younis said there was water in the ground near his village, home to around 1,600 people and many animals. But he said Israeli authorities prevented villagers from accessing the water by denying them permits to dig. Israel says unregulated digging of wells would do severe damage to the water table.

The villagers have approached the Palestinian Water Authority, which said it had made appeals to the Israelis, but the requests were apparently unanswered.

Israel’s Coordinator of Government Activities in the Territories, a branch of the military that administers Palestinian civil issues, said Israel provides 64 million cubic meters of water to the Palestinians annually, even though under the 1995 Oslo accords it is only obliged to provide 30 million.

“The Palestinian allegations… are simply a lie,” he said. “Under the Oslo accords we agreed to establish together a joint working committee on water. Unfortunately, the Palestinian side has refused systematically to participate.”

He added that the water needs in the West Bank, which the Palestinians want for a state together with East Jerusalem and Gaza, are greater than the infrastructure can handle.

Mazen Ghuneim, head of the Palestinian Water Authority, said the Palestinians had halted water negotiations with Israel five years ago because Israel had not frozen settlement building.